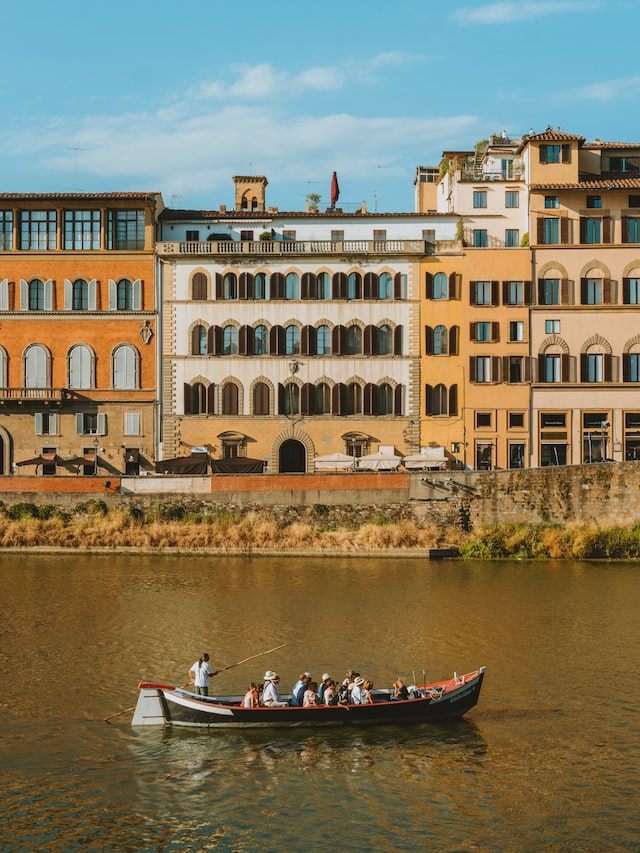 Get the Ravel Trips newsletter

Receive inspiration, tips, rewards, and updates in your inbox as soon as we have them!

Thank you! Your submission has been received!
Oops! Something went wrong while submitting the form.
Get exclusive rewards by joining to our newsletter
Sign up

In honor of Pride month, Ravel is excited to bring you an updated list of the biggest Pride events all around the world to help inspire you to travel somewhere new to celebrate in 2023.

This Pride parade in Johannesburg, South Africa is currently the biggest Pride event in the entire continent of Africa, and stands out for its inspiring origins. The movement began in 1990 and was an event organized to fight for the abolition of the apartheid and freedom of sexual orientation. Today it celebrates the POC and LGBTQIA  communities, while advocating for political change in favor of both groups.

Although the route of the parade is subject to change each year, it is always accompanied by a Pride Village full of activities, local shops, pop-up restaurants, and more! After the day time festivities conclude, Pride Johannesburg’s official entertainment partner, Babylon the Joburg Bar, hosts a lively afterparty open to all. Aside from the officially planned activities, several other gay bars in the area host additional events to keep the party going.

In order to make sure you can be as close to the festivities as possible, we have put together a list of accommodations in Illovo where the Pride Village will be set up: Hyde Park Guest House, Protea Hotel by Marriot, MAX Executive Apartments, and Foxhill Apartments Illovo.

As the first Asian country to legalize gay marriage, it is no surprise that Taiwan is home the the biggest Pride event in Asia - hosting more than 200,000 participants in 2019. In fact, due to their ability to keep the Covid-19 pandemic under control, Taipei held the largest in-person Pride celebration in the world with around 130,000 participants in 2020!

The parade takes place on the last Saturday in October each year, and both starts and ends at the “Rainbow Starting Line” in front of Taipei city hall, finishing with a massive concert featuring well known artists from the country. Aside from the parade, there are many other activities that take place over the 3-day celebration period leading up to the main event! Some examples are the Taiwan trans march, Drag Kiki Ball - Pride edition, Taiwan’s Pride Rainbow Festival (TPRF), and the Formosa Rainbow Kids Parade.

When you do get the opportunity to visit Taiwan and celebrate pride, consider staying at one of these 2 luxury gay-friendly hotels located near the festivities and many gay bars: Sheraton Grand Taipei Hotel and W Taipei.

Although Europe features many incredible and well-attended Pride events, Madrid has taken the title for the largest Pride in Europe with 3.5 million attendees in 2017.

The people of Madrid take their pride VERY seriously, and MADO is so much more than a simple parade. The events start off on June 25th in the gay neighborhood of Checua, where there are no shortage of lively gay bars, cultural events, and concerts. The following days are full of activities like the Pride proclamation, Madrid Summit, Mr. Gay Pride Spain, and the High Heels Race, all leading up to the famous Pride parade and closing party. From the 2-4 of July, the famous We Pride Festival takes over many venues including stadiums and hotel pools to throw some of the wildest parties of the year featuring the hottest DJ’s and drag queens!

Consult the official MADO website for the most up-to-date information on safety and attending.

If you are hoping to attend this incredible Pride celebration in the future, we recommend staying in hotels located in the popular gay neighborhoods of Madrid such as Checua and Malasaña. Both neighborhoods mentioned are located close to all of the main festivities so you won’t miss a thing!

Defying the often conservative nature of the Middle East, Tel Aviv has become a center for gay culture and advocacy, and is home to the largest Pride in the region with over 250,000 participants in 2019.

This week-long celebration of the LGBTQIA  community is held yearly in June and is filled with exciting events such as club and beach parties, concerts, and drag shows leading up to the acclaimed Pride Parade. The march itself is not only a celebration of sexual orientation, but is an important demonstration of love, inclusion, and equality in the face of oppressive laws and regulations that work against the LGBTQIA  community both in and outside of Israel. The parade itself takes place along the shore and ends at the beach, so be sure to pack a bathing suit and be ready for some seaside shenanigans.

Due to its successful vaccination campaigns, Tel Aviv has been able to host the event in person, attracting over 100,000 supporters. If you hope to attend the Pride events in the future, we suggest staying close to the festivities in hotels such as the InterContinental David Tel Aviv or the Dan Panorama Tel Aviv, but remember to book in advance!

The platform made for travel creators

Design itineraries or work with experts around the world in the most interactive platform: Ravel Trips

Try it out for free 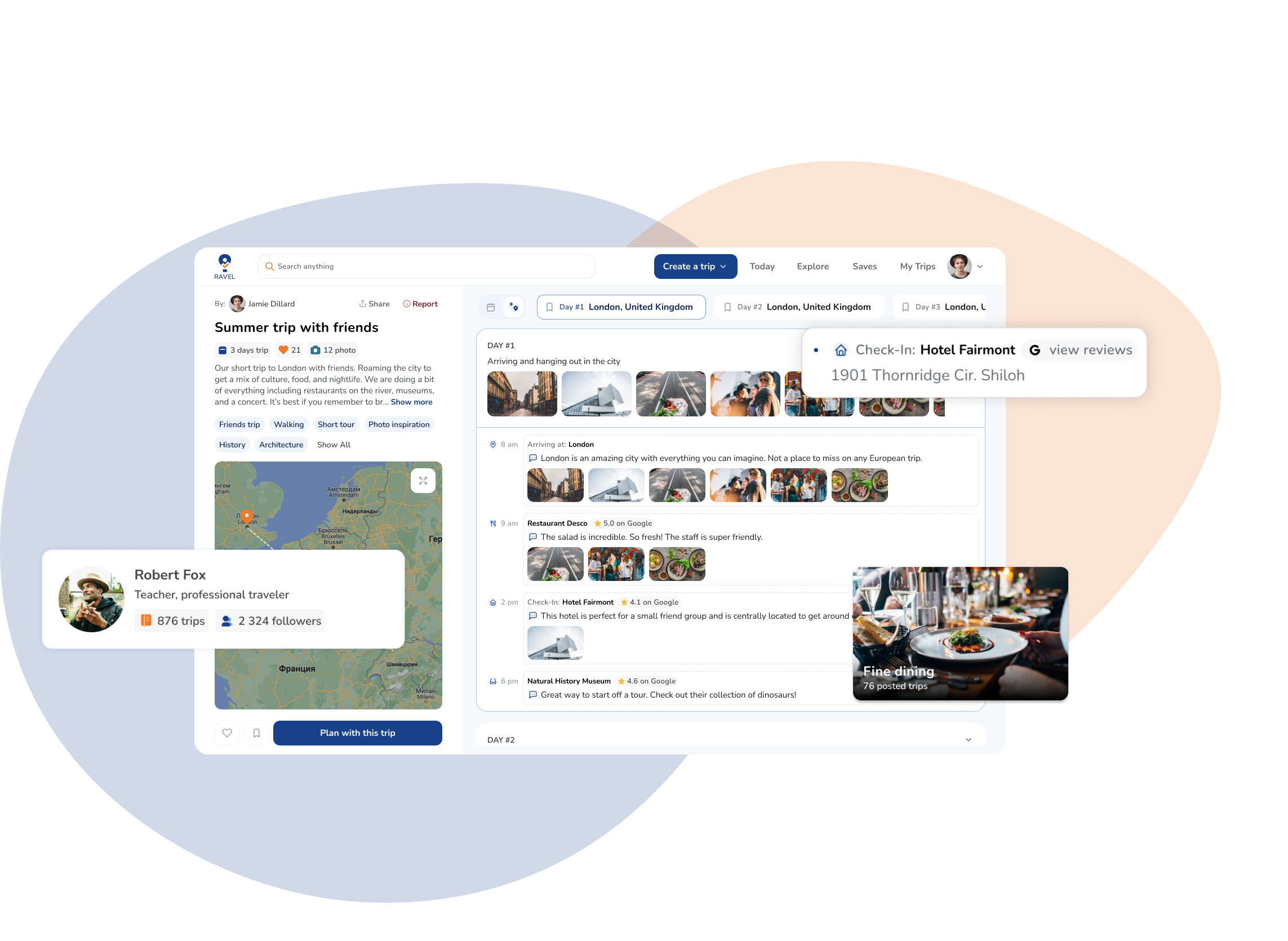 As home to the very first Pride demonstration in the entire world, it is no wonder that New York City takes the prize for the largest Pride in North America. In 2019 when NYC hosted WorldPride, an estimated 4 million people attended the 12 hour parade - that’s 4 times the amount of people that attend the annual New Year’s Eve ball drop in Times square!

Throughout Pride month, the big apple hosts a wide variety of Pride related events with the goal of celebrating love, spreading awareness, inspiring change, and remembering the LGBTQIA  heroes who came before us. At NYC Pride, there are activities for everyone to enjoy such as family-friendly movie nights, conferences, festivals/concerts, runs, plays, culinary experiences, and so many more! The parade itself is the main event and runs from 26th and 5th Ave. to 7th and 23rd St., followed by the closing celebration - Pride Island - featuring music, dancing, DJs, and the second largest fireworks display in Manhattan.

If you are hoping to attend Pride NYC in the future, you will be able to stay in hotels all over the city given that events take place all over - but if you are looking for gay hotels in NYC, check out this article!

This incredible celebration of the LGBTQIA community is nothing short of unique, and combines the national Mardi Gras celebrations with Pride to create the Sydney Gay and Lesbian Mardi Gras. The event also happens to be the largest Pride demonstration in all of Oceania with over 200,000 yearly attendees.

The one-of-a-kind celebration brings in over 20,000 interstate and international visitors each year, and features over 100 different events and activities. Some of the best known attractions are the Sydney Mardi Gras Parade and Party, Bondi Beach Drag Races, Harbour Party, Mardi Gras Film Festival, and the extremely popular Fair Day. Regardless of your age or interests, this 3-week long Pride celebration is sure to keep you entertained on every corner.

If you are hoping to visit Sydney to celebrate Pride in the future, we recommend going in 2023 when they are scheduled to host WorldPride! This is not only Australia’s first time hosting WorldPride, but will be the first time the event will take place in the Southern Hemisphere. To make sure you are close to the action, here are a few hotels right next to the location of the Mardi Gras parade: Pullman Hyde Park (100 meters away), Song Hotel (50 meters away), Oaks Hyde Park (50 meters away), and Hotel Stellar (80 meters away).

Last, but certainly not least, we have the world renowned São Paulo Pride Parade! This happens to be the largest pride parade in the entire world, with a record of 5 million attendees in 2017, and attracts 3-5 million participants yearly.

Although the parade is SP Pride’s main event, the four days leading up to the march consist of activities such as walks for various groups in the LGBTQIA  community, award ceremonies, and conferences. The 2.6 mile long parade takes place during the first weekend of June along the city’s main street, Avenida Paulista, and serves as both a strong political statement and all day party. When the parade comes to an end at 8PM, many participants keep the energy going and hit up one (or some) of São Paulo’s many LGBTQIA clubs and bars.

Thank you for reading, happy pride, and happy traveling!

Stay in touch and get it in your inbox

Awesome! Get ready for some great stuff. 🎉
Oops! Something went wrong while submitting the form. 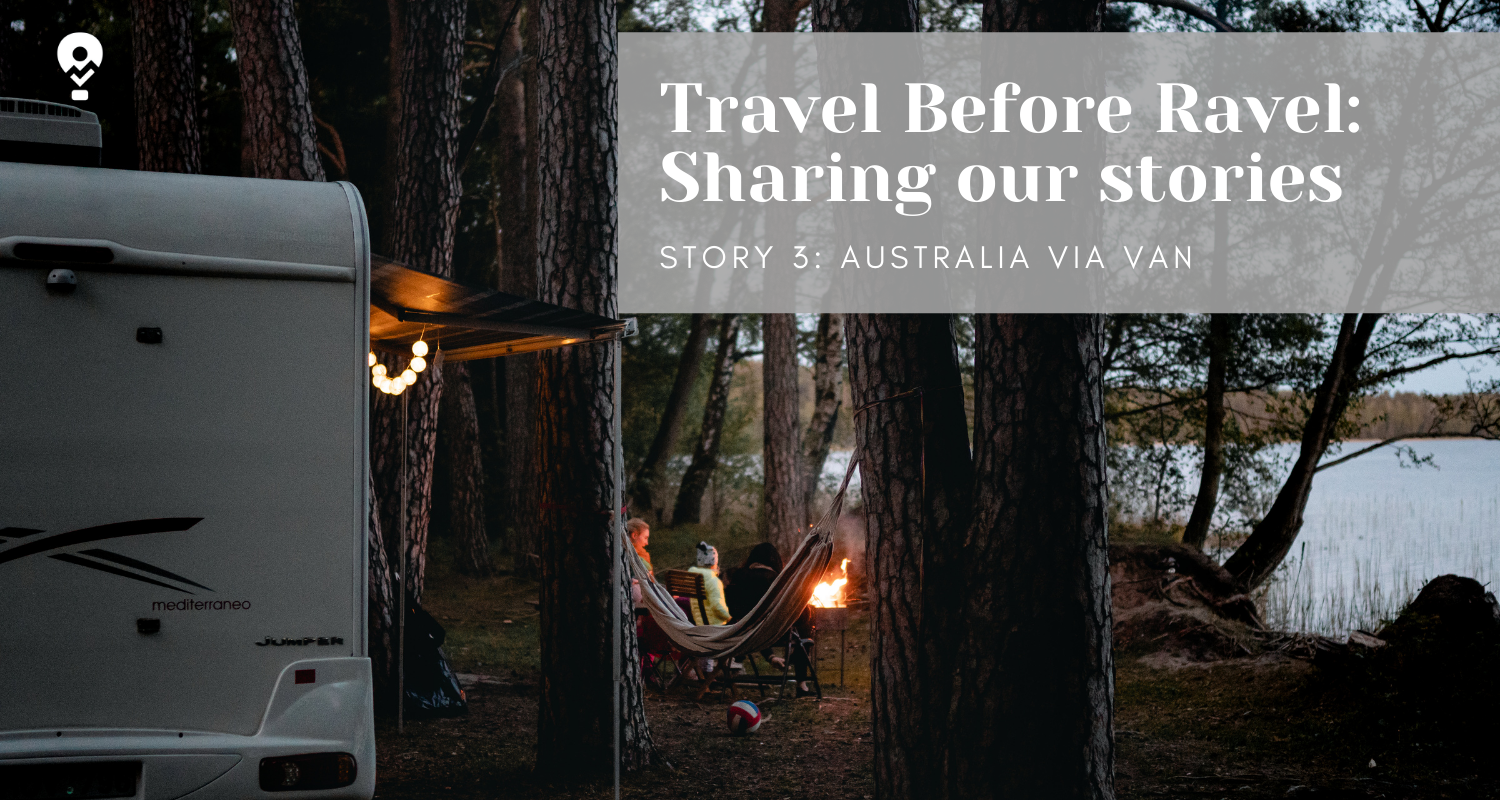 Travel brings us such unique experiences, however, the personalized nature of travel doesn't mean you have to do it without community support. As a team of travelers, we want to share our stories to build a community of support! Please enjoy the story of how our CEO Brice's trip around Australia inspired him to start Ravel. 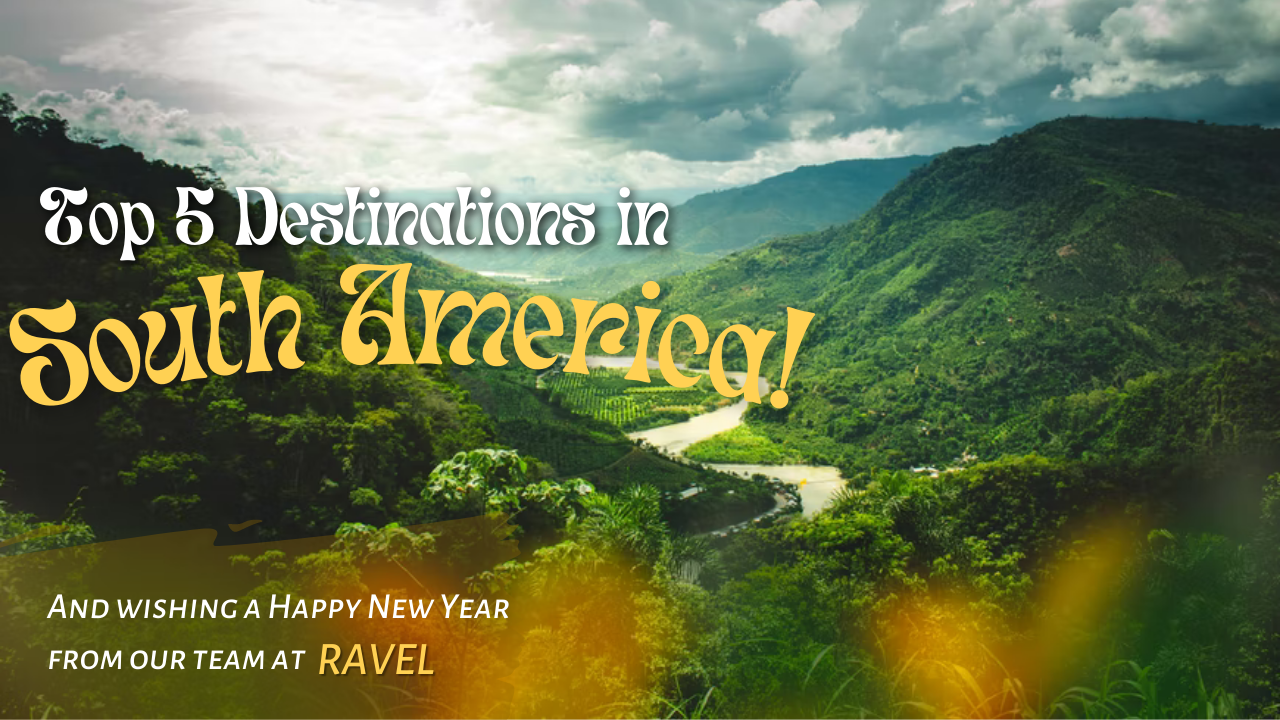 Starting off the new year with our top 5 travel destinations in South America that you cannot miss out on! We hope we can inspire you for your future travels this year, so you can get out there and enjoy the world! 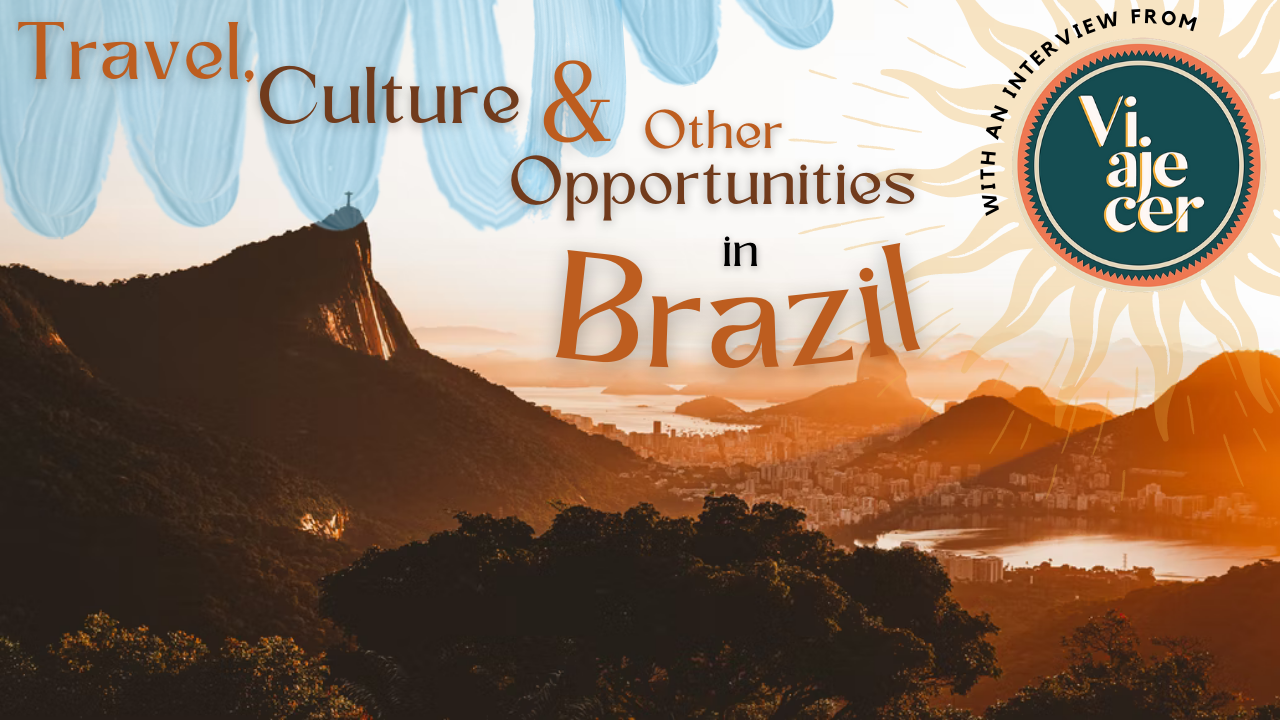 Travel, Culture and other Opportunities in Brazil: with an interview from Viajecer

Travel, Culture and other opportunities in Brazil; with the efforts and works of Viajecer promoting trips all across the country. Have a read of the different trips and experiences that you could also take part in to discover the beauty and uniqueness of Brazil.